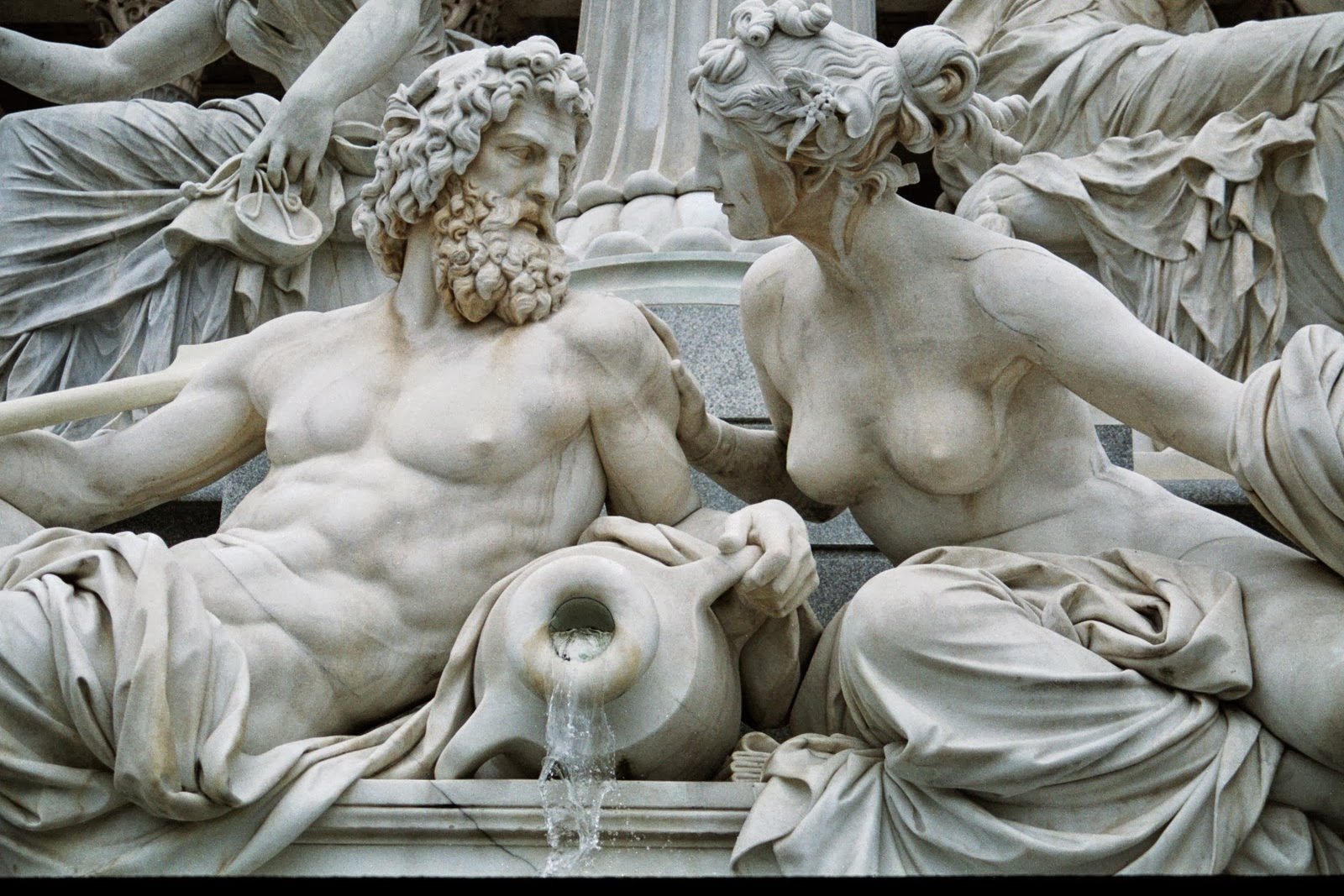 In ancient Greek mythology, Zeus, God of the Sky, is the number one deity. As such, he is considered the ruler, protector, and father of all gods and humans.

To visit his birthplace, we climbed high into the mountains of central Crete in Greece to descend into the Dikteon Cave.

Actually two caves — the Dikteon and Ideon — both located in the Cretan central mountains are associated with the birth of Zeus. The most important and famous is the Dikteon, considered a sacred place of cult worship for centuries. Few were permitted entrance at that time.

A car climb of 1025 meters into the mountains found us in the parking lot of the Dikteon Cave on the northern slopes of Mount Dicte.

According to legend, Rhea gave birth to, and concealed, baby Zeus in the Dikteon Cave. She needed to protect Zeus from his offspring-gobbling father Cronos. The mad father wanted no heirs to challenge his power.

No donkeys for the climb

A sign at the beginning of the 800 meter climb to the Dikteon Cave warns us no donkeys are available to carry us to the cave’s mouth. So, we made a two-legged climb. We were the only visitors.

Entrance to the cave

Entrance to the cave is 1025 m above sea level. The cave covers about 2200 square meters.

We must descend about 80m to the bottom of the cavern.

Astonishing scenes inside the cave show stalactites (grow down) and stalagmites (grow up) in beautiful patterns.

The legend behind the myth of Zeus

Zeus was allegedly born in the centre chamber of this cave.

Cronus, his father, was considered to be the son of Heaven (Uranus) and Earth (Gaia). Uranus had many children by his mate Gaia. Uranus hid all the children in the earth so that Gaia couldn’t find them.

Gaia sought revenge and one of her children, Cronus, was able to castrate Uranus. He threw the testicles into the sea and thus was born Aphrodite, goddess of love.

Cronus mates with his sister Rhea

Cronus then took his sister Rhea as his partner. His parents warned him that one of his offspring would likely overthrow him. Consequently, Cronus devoured each of his first five children.

After the birth of her sixth child Rhea gave Cronus a stone — wrapped as a baby — to swallow and kept Zeus concealed in the cave. When Zeus became of age, he defeated Cronus.

Supreme ruler of the gods

Zeus drew lots with his brothers Poseidon and Hades for the title of Supreme Ruler. He won. Thus, Zeus became supreme ruler of the gods.

He is often depicted as an older man with a beard, represented by symbols such as the lightning bolt and the eagle.

For information on Covid for travellers to Crete, click here

Sights and Sounds of Crete

Alternatively there are ferries from Athens to Crete.

We stayed at the Kronos Hotel in the historic centre of Heraklion. It is close to the port, restaurants, tour companies, shops. Very moderately priced.

We rented a car since there is so much to see and do in Crete. Buses are available for transportation between towns and cities. This car rental agency is near the Kronos Hotel

For Visas and tourist entry to Greece, click here.

Read our other blogs from Europe

How to be Fish Bait

The Happy Cooker in Crete